This site is created at the Nethouse site-building service. Would you like to have a similar one?
For the site owner
22.09.2022 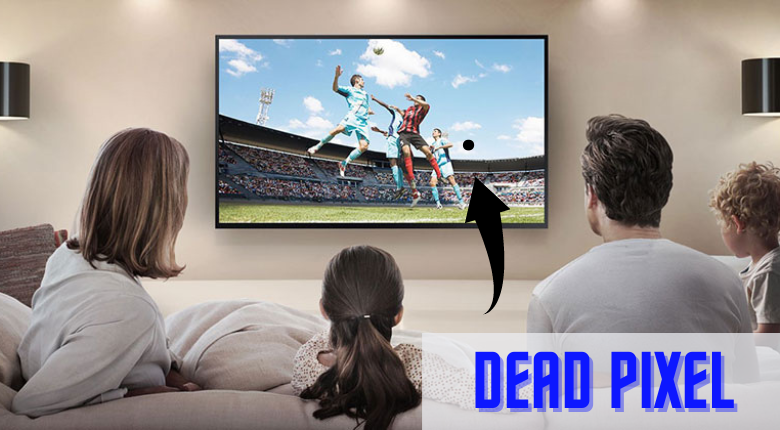 The progress made over the last 20 years in the field of flat screens increasingly limits the risk of seeing dead pixels appear on a television panel.

However, the problem still exists. If your TV is starting to get a certain age, or if you are just plain unlucky, you may find yourself experiencing this phenomenon which is never pleasant to experience.

However, faced with a dead pixel, and even faced with several, you should not despair. Before you decide to change the TV screen, there are a few methods to try in order to wake up the black dots present on the screen of your television set.

Before explaining them to you, it helps to understand what a dead pixel actually is.

A DEAD PIXEL, WHAT IS IT?

A dead pixel is a tiny dot that does not display the correct color on a TV screen. It can be black, which means it is totally off, but it can also be green, purple, red, or white, and in that case, it is stuck on a specific color.

In any case, this small dot, in disagreement with the thousands of others that make up the screen slab, tends to monopolize your attention.

It should be noted, however, that the presence of one or more dead pixels does not mean that the television set is faulty as a whole: it is still possible to use all of its features.

But if those dead pixels are ruining your viewing experience, you can try waking them up yourself.

FIVE WAYS TO WAKE UP A DEAD PIXEL

It is a suggestion that may seem strange, but sometimes dead pixels appear after very intensive use of the television set. If you enjoyed a TV show marathon all weekend or played a lot of video games over a long period of time before you saw dead pixels appear, you can try leaving the TV screen off between 12 and 24 hours, then switch it on again, to check if they are still present. Sometimes this simple manipulation can be enough.

For this method, it is necessary to have a computer near the TV, and an HDMI cable that will allow you to transform your TV set into a secondary screen for your PC.

Once the connections have been made, download the Pixel Réa software (https://www.emjysoft.com/logiciel-reparer-pixel-mort/) on your computer.

This is a free solution that can detect dead pixels and attempt a repair.

To do this, the software will seek to "unblock" dead pixels by varying the display very quickly on the screen.

The process is quite long: you have to let the software run for several hours to hope for a result. Salvageable pixels will have a chance to come back to life with this solution.

If users use the advanced TV model then they can search Dead Pixel Checker Tool on google to test the dead pixel Of the TV.

If the previous manipulation is not feasible for you, because you do not have a computer or do not have the appropriate wiring HDMI cable, an alternative is possible.

It still requires your TV set to be connected and able to browse the Internet. If your TV screen is equipped with a Chromecast-type system, this can also do the trick.

Go to YouTube from your television set interface (or from your smartphone if you use Chromecast), then search for "Dead Pixel Fixer Tool". You are going to find many videos which are usually very long.

Pick one that is at least an hour long, but be aware that the longer the video, the more likely the rescue attempt will be successful. Then let the video run for as long as possible. Varying the colors on the screen can help unblock dead pixels and let them operate again.

Important point:  If you have epilepsy, do not stare at your television screen during this test phase! The very rapid color variations could generate an epileptic seizure.

This method is to be applied at your own risk: It can wake up a dead pixel as well as generate others if you press too hard. This is why it is not to be preferred, but you can try it if all else has failed and if you are starting to seriously consider changing your television.

Start by turning on your TV set and displaying a completely black image on it, for example with the remote control by setting it to an unoccupied HDMI channel.

Then, using the pulp of your index finger, gently massage the spot where the dead pixel is. You should see a sort of colored halo appear around the massaged area.

Press very gently for two to three seconds, then check the result. You can start over several times. If nothing changes after a few minutes, it is probably not worth bothering anymore.

This is a method that is not very satisfactory, but sometimes the extinction of a pixel is only temporary. Sometimes, after trying everything, we find after a few days or weeks that the pixel has reactivated itself.

There is no exact science on the subject, which is why it is so complicated to find a concrete solution to the problem.

One thing is certain, changing the screen of a television set is a process that is generally almost as expensive as buying a new TV screen.

If you find that the defective pixels are dead for good, you can invest in a new Thomson smart TV without feeling guilty. Just remember to recycle your defective television set, it is good for the planet!

Can dead pixels be fixed on a TV?

This is where things get risky. PCWorld recommends covering the screen with a scratch-free cloth and then pressing gently with a stylus on the stuck pixel for around 10 seconds. Gentle tapping with something slightly firmer is also an option.

How do you fix a burnt pixel on a TV?

Burn-in is permanent on your television, but there are a few ways you can try to improve it.

How common are dead pixels on LED TVs?

They consider it perfectly normal to have a few pixels dead, even when the television is brand new. Unless you have significant pixel damage, don't expect the majority of manufacturers to be willing to replace your television. It takes more than five to seven dead pixels to get a response from a manufacturer.